This is Spadina Avenue in all its cultures and colours, its scenery and history. With the re-introduction of streetcars to this great downtown corridor on July 27, the TTC has turned the clock both backwards into Toronto’s history and forwards into its future. 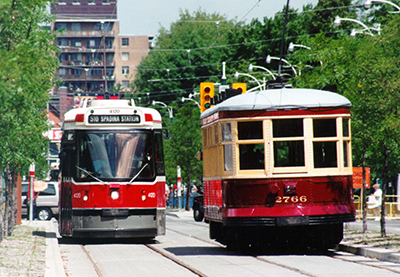 “This is simply amazing!” said a California tourist gazing at a 19th century photo of a horse-drawn streetcar in Toronto. “My grandparents were even born in 1879.
Streetcars aren’t part of the landscape where she comes from she laments climbing aboard the 510 Spadina.

The Toronto Transit Commission’s CLRV shoots out of the underground loop at Bloor Street into a blazing late Sunday afternoon sunlight. It’s a beautiful – and historic – day for a trip down this grand avenue. An endless row of trees. Kensington Market. Chinatown. The Fashion District. SkyDome. And Lake Ontario.

This is Spadina Avenue in all its cultures and colours, its scenery and history. With the re-introduction of streetcars to this great downtown corridor on July 27, the TTC has turned the clock both backwards into Toronto’s history and forwards into its future.

“The TTC, and the transportation companies that preceded it, has a long history on Spadina Avenue – a history that goes back almost 120 years,” TTC Chair Paul Christie told an audience of thousands on hand for the ribbon-cutting ceremony to officially kick off the 510 Spadina streetcar service.

First inaugurated by the Toronto Street Railway Company in 1879, the Spadina route saw horse-drawn streetcars carry passengers from St. Lawrence Market – via King Street and Spadina Avenue – to College Street. (How long ago was this you may ask? Stoves were first introduced on streetcars in 1891. Electricity replaced horse power the following year. And Operators and Conductors were earning 15 cents an hour).

Two years after the Toronto Transportation Commission assumed responsibility for all public transit within city limits in 1921, the route was extended to run the length of Spadina between Bloor and Front streets. Streetcar eventually made their way down to the waterfront when the Spadina Bridge opened in 1927.

By the late 1940s, facing a critical post-war electric power shortage and an aging fleet, the TTC decided to abandon streetcars in favour of diesel buses.

But Torontonians never completely lost sight of a Spadina streetscape with streetcars. The vision resurfaced in the 70s and 80s. It finally materialized when construction of a reserved right-of-way down the middle of this grand avenue began in 1992.

Today, the Spadina streetcar service is back on track and presents a grand trip both Toronto residents and tourists alike.

“While we have aggressively and successfully engaged our past, this is a very clear indication that this city is aggressively marching forward to engage its future,” said Metro Chairman and TTC Commissioner Alan Tonks. “I can tell you as the King Street business sector starts to develop, as we start to fill the missing links along our waterfront and with our major investments in the National Trade Centre, this is a link that I will guarantee will be one of the most important additions to the transportation system in Metropolitan Toronto.

“This is a festive occasion for all of us. It’s truly a grand avenue renewed,” he said. 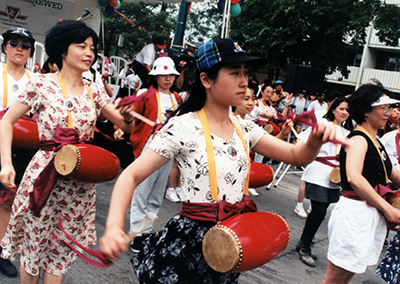 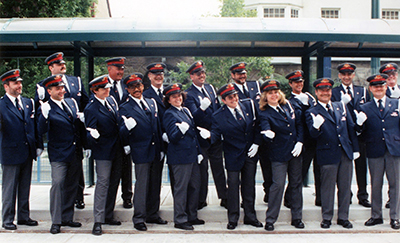 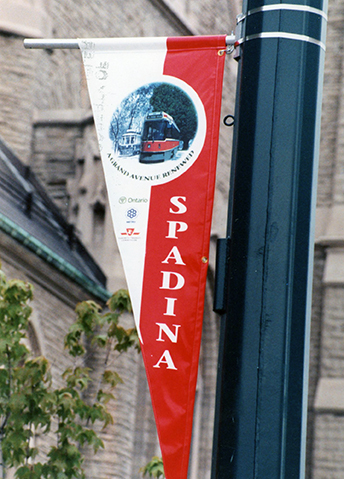 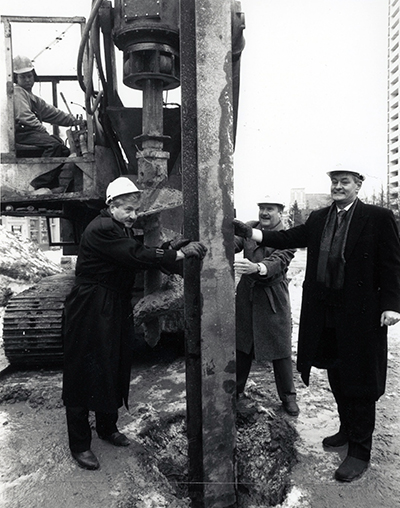 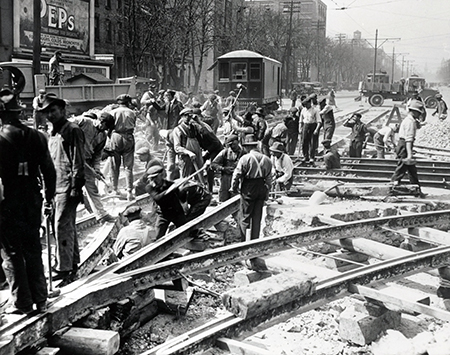 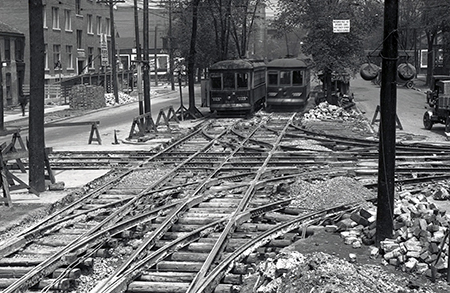 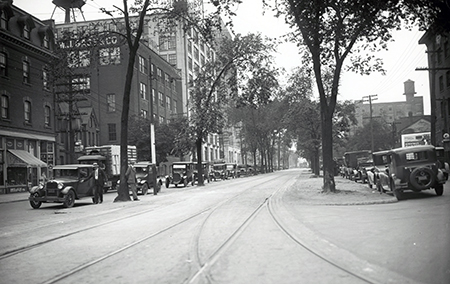