TTC employees responded remarkably well during the storm of ’99, but one of the main lessons learned from last January’s record snowfall is that the TTC needs more snow-fighting equipment. 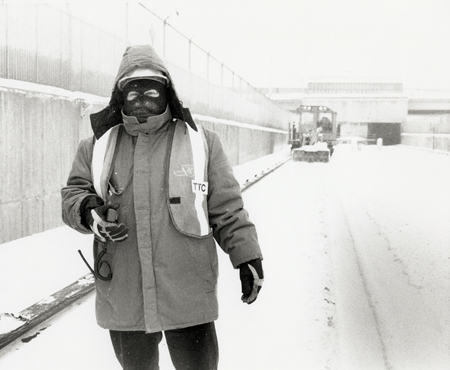 TTC employees responded remarkably well during the storm of ’99, but one of the main lessons learned from last January’s record snowfall is that the TTC needs more snow-fighting equipment.

That gap will now be filled with several specifically designed snow removal units, which could be mounted on existing H-1 trucks. The units will be equipped with a snowblower, brushes, de-icing and compressed air equipment. The Commission approved the staff recommendation at its Jan. 27 meeting.

The new equipment would bolster the subway’s snow removal fleet, which currently consists of just two snowblowers (RT-24 and RT-25). They ran virtually non-stop during the January storm and clean-up.

“Our employees really did an excellent job. They worked long and hard in temperatures that reached as low as 40 C,” Operations General Manager Gary Webster told Commissioners. “Our equipment also performed very well, but we learned some lessons. Faced with a similar situation, we'll be able to deal with traction power and the accumulation of snow much better in the future.”

The storm of ’99, which dropped a total of 87 centimetres in less than two weeks, made it impossible to operate subway service in open-cut areas. The record snowfall cost the TTC between $4 million and $5 million. 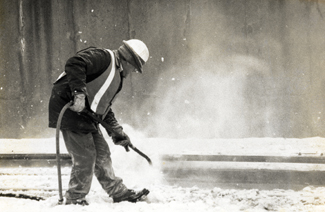 Blowing snow off the third rail. 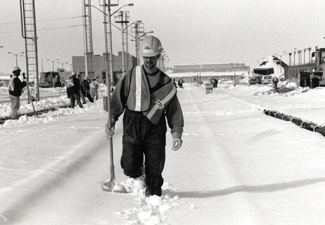 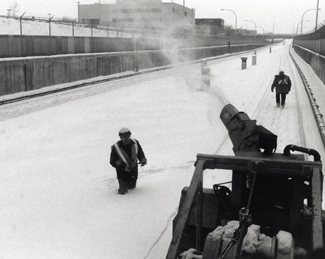 Working north of Lawrence West Station on the Spadina line on Jan. 14, 1999, the coldest day of the storm.