The TTC introduced a two-part monthly transit pass – Metropass – to the public on April 7, 1980. 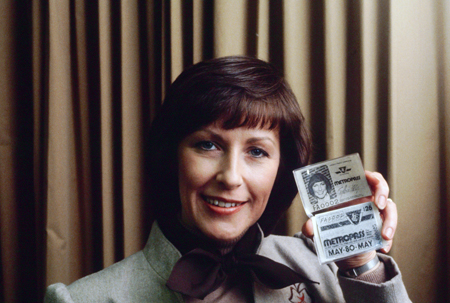 The TTC introduced a two-part monthly transit pass – Metropass – to the public on April 7, 1980.

Starting on May 1, 1980, TTC riders who had purchased the Metropass were able to travel anywhere, anytime, on all regular TTC subway and surface routes within Metropolitan Toronto.

The pass consisted of two parts – a permanent photo identification card, which customers purchased only once for $1.50, and a separate portion, which was purchased every month.

The introduction of a monthly transit pass was one of the recommendations contained in a report called, Transit in the 1980s: A New Direction. The Metropass was implemented on an experimental basis to enable the TTC to evaluate customer acceptance of the monthly pass concept and to determine its effects on TTC usage and revenue.

The monthly pass proved popular with passengers and by year end sales were averaging over 50,000 a month. The pass was sold at 52 times the regular Adult ticket fare (priced at $26 in 1980) and was popular with heavy users of the system.