Prince Charles made the better way a part of his tour of Toronto on May 22. 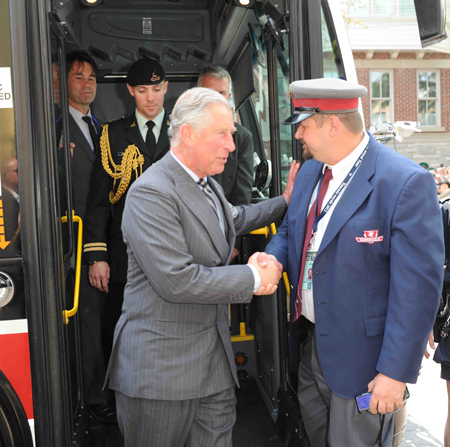 Prince Charles made the better way a part of his tour of Toronto on May 22.

His Royal Highness The Prince of Wales took the bus from the Yonge Street Mission on Gerrard Street to the UforChange Centre on Parliament Street. He and his wife, Camilla, the Duchess of Cornwall, were visiting the city to mark the Queen’s Diamond Jubilee.

Roncesvalles Route Supervisor John Prosser and Wilson-Bus Operator Kathy Furtado made sure their customer was whisked from point A to point B safely and conveniently after presenting his one-of-a-kind transit pass.

“He said he was pleased to meet us and thanked us both for the ride,” said Prosser. 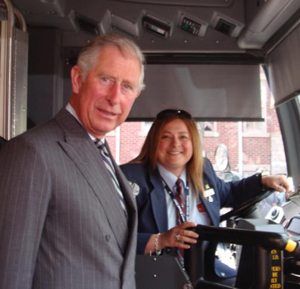 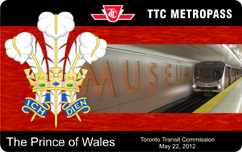