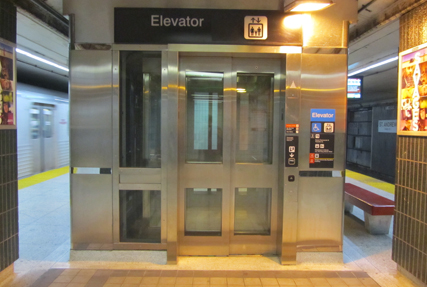 TTC elevators now serve 31 of the system’s 69 subway and Scarborough RT stations. These elevators are specially designed for people in wheelchairs, scooters, walkers, with other mobility devices or baby strollers.

The TTC’s elevator installation project (Easier Access Phase 3) is scheduled to make the remaining 38 stations accessible by 2025 with the addition of elevators, easier access fare gates, automatic sliding doors and other modifications.

Elevators are available at the following subway/rt stations: