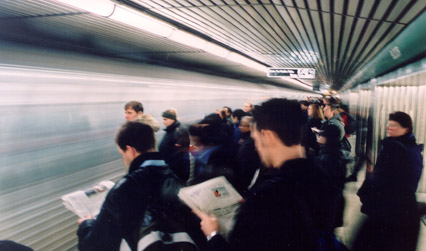 The TTC is projecting a new all-time-high ridership level of at least 503 million in 2012.

TTC ridership has now increased each year for the last eight years. Total ridership in 2003 was 405.4 million.

On Oct. 15, 2011, the TTC carried its 28 billionth customer – or four times the world’s population – since its inception in 1921. With one billion customers carried approximately every 24 months, the TTC’s 29 billionth customer is expected in fall 2013.

Nearly 90 per cent of all local transit trips in the GTA are made on the TTC. With about 1.6 million customers on an average weekday, the TTC maintains a cost-recovery rate of more than 70 per cent from the farebox – one of the highest on the continent.

The TTC has the third largest ridership in North America, after Mexico City and New York City – cities with populations greater than eight million people.