Toronto City Council approved four citizen members to the Commission on Oct. 30, increasing the TTC Board to 11 members. 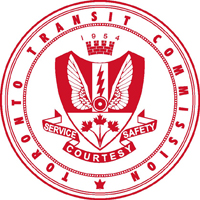 Toronto City Council approved four citizen members to the Commission on Oct. 30, increasing the TTC Board to 11 members. The new appointees are:

Citizen members may serve a maximum of two consecutive four-year terms. These appointees will serve an initial term on the Board until Nov. 30, 2014, to coincide with the current term of Council.

One of the citizen members will be chosen by the Commission to serve as Vice-Chair, replacing the current Vice-Chair Glenn De Baeremaeker (Ward 38 Scarborough Centre Councillor). Karen Stintz (Ward 16 Eglinton-Lawrence Councillor) will remain as Chair.

The new appointees are expected to make their first official appearance at the Nov. 21 Commission meeting.

City Council also approved two alternates in the event of a vacancy. Those names will remain confidential. The City’s Civic Appointments Committee received nearly 500 applications to the TTC Board.

Last March, City Council voted to dissolve the nine-member Commission and created a new governing board comprised of the current seven elected Councillors. Council also approved adding four private citizens – for a total of 11 members – to join the TTC Board in the fall.

The Commission is responsible for establishing service and fare levels to ensure that customer demand is met and budgets are balanced. The Commission also: approves corporate policies relating to the operations of the TTC and its employees; directs labour and employee relations matters; and provides oversight is relation to the establishment, operation and maintenance of the transit system.

Commission meetings are generally held monthly in public to review policy and operating matters of the TTC. All members of the Commission serve at the pleasure of City Council.

The last time citizen members sat on the TTC Board was in 1989 when the Commission was made up of three citizens and two elected Councillors.