Has it been a year already?

“It was a pretty typical day in the life of a busy CEO,” Byford says, who joined the Commission as Chief Operating Officer.

A year ago on the first of November, he was getting settled into his new digs at Head Office. In contrast, the CEO’s schedule yesterday looked like this: 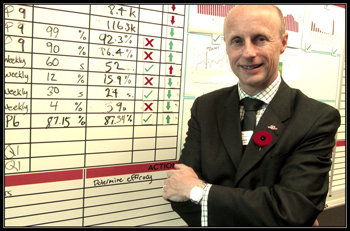