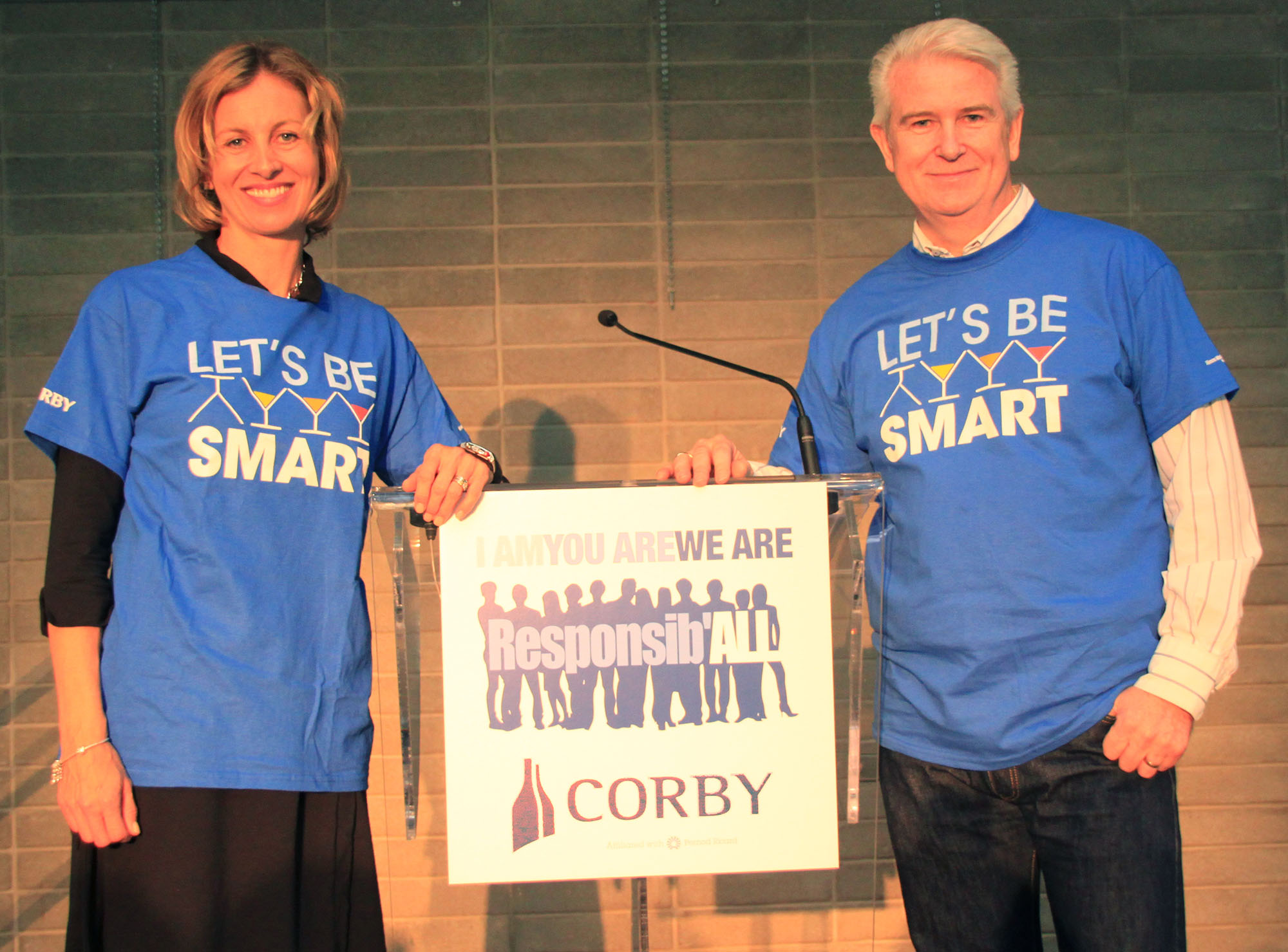 “I’m proud of the public service the TTC provides. Our team works hard, but even more so overnight at New Year’s, helping keep Toronto safe,” TTC Chair Karen Stintz announced at the Evergreen Brick Works. “Through their sponsorship of TTC’s free New Year’s Eve service, Corby is highlighting both what the TTC provides and the need to act responsibly by not drinking and driving.”

Corby Distilleries, a leading Canadian marketer and distributor of spirits and imported wines, marked the Responsib’ALL Day 2013 initiative to reduce the harmful use of alcohol by announcing the partnership with the TTC.

“We’re going to make sure there’s absolutely no excuse to drink and drive on the biggest party night in Canada.”

“We’re partnering with the TTC to deliver a safe and responsible New Year’s Eve for hundreds of thousands of people,” said Patrick O’Driscoll, President and CEO of Corby. “We’re going to make sure there’s absolutely no excuse to drink and drive on the biggest party night in Canada. Corby and the TTC are delighted to say: This New Year’s, the ride’s on us.”