“The people we honour have gone above and beyond expectations in helping people in our community, or in promoting the paramedic profession. We are delighted to give them special recognition,” said EMS Chief Paul Raftis.

In January, Derksen and Bois rushed to the aid of a motorist who had struck a TTC bus and was vital-signs-absent. Derksen freed the motorist from his vehicle and began CPR. Bois arrived at the scene and assisted with first-aid until he was relieved by paramedics.

Last August, Irving observed a man lying unconscious on the street. He stopped his bus, determined the man wasn’t breathing and immediately began CPR. He continued the life-saving procedure until he was relieved by paramedics.

Also last August, Axmith and Timbrell responded to a call about an unconscious man at the Dundas West Station. When they arrived they found the person without vital signs. They immediately began CPR and used the station’s defibrillator unit on the man. When paramedics arrived they located a pulse on the patient. He survived his cardiac arrest. 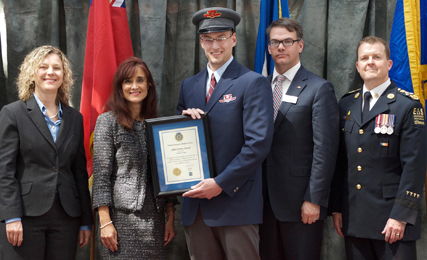