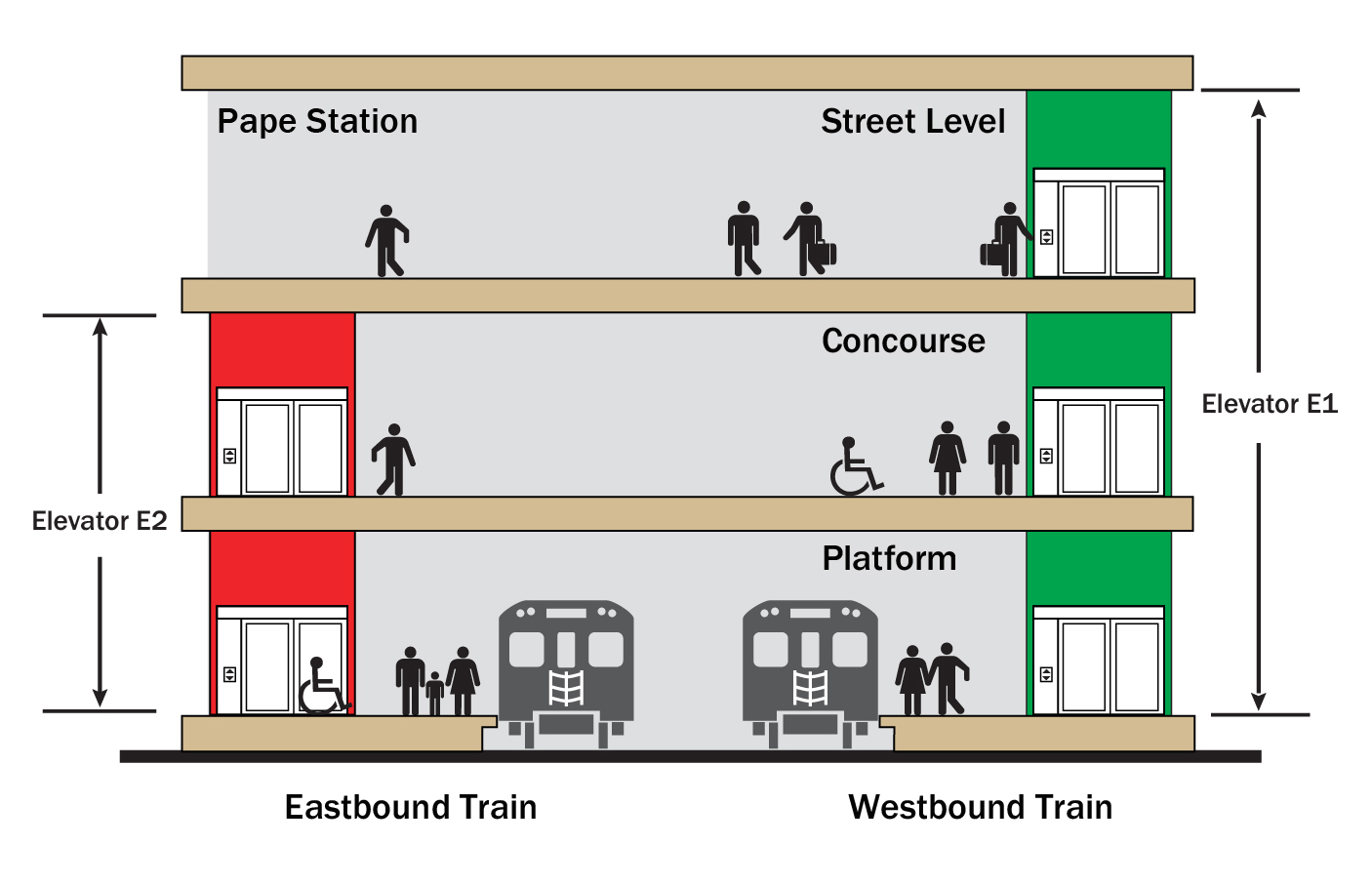 Elevator construction continues at Lawrence West Station with work scheduled for completion in 2014. Elevator work at Woodbine and St Clair West Stations is expected to start in early 2014.

The TTC’s Easier Access Phase 3 Project will make all the remaining subway/rt stations accessible by 2025. The last station to become elevator-equipped was St Andrew in June 2012.

The TTC has a total of 82 elevators in service.