A flood of a different sort hits TTC

The Ice Bucket Challenge has made its stop at the TTC.

The Ice Bucket Challenge has made its stop at the TTC.

Arrow Road Shop Steward Marvin Alfred was recently drenched with ice water on a challenge from a fellow union representative and a union member in Boston. Performing bucket duties were co-workers Hernan Saulle and Jamal Vanderpool.

And on Aug. 26, CEO Andy Byford and Corporate Communications Executive Director Brad Ross answered the call by dousing each other outside Head Office. The video can be viewed at the TTC’s YouTube channel, youtube.com/officialttcchannel.

The ALS Association (check out Twitter hashtag #IceBucketChallenge) has raised more than $93 million in the fight against Amyotrophic Lateral Sclerosis (or Lou Gehrig’s disease). 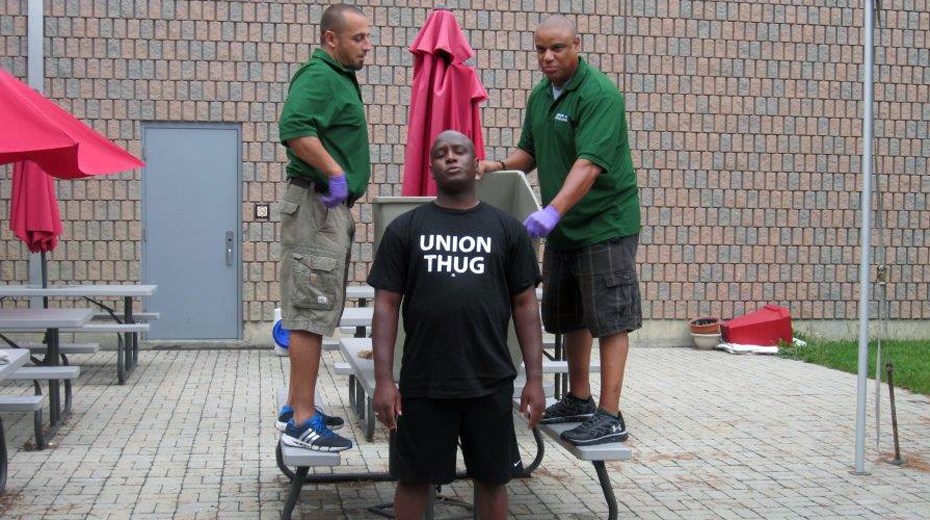 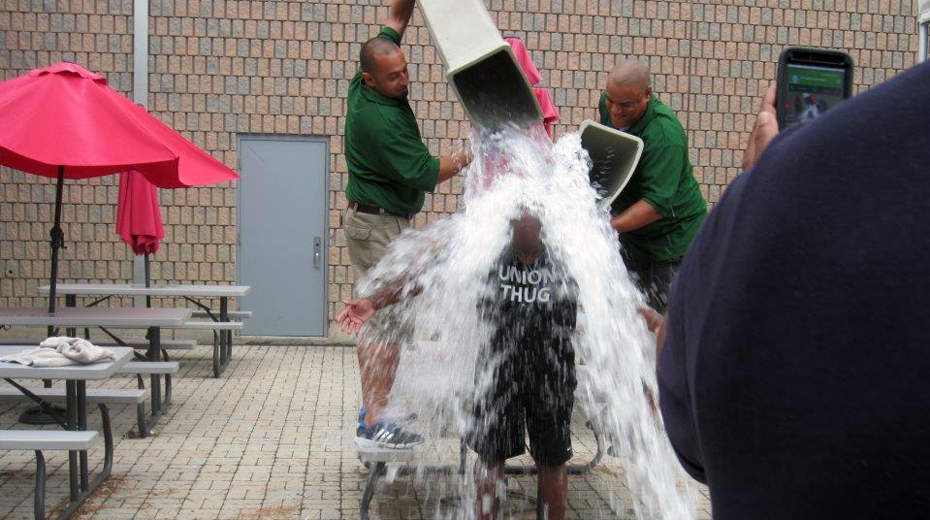 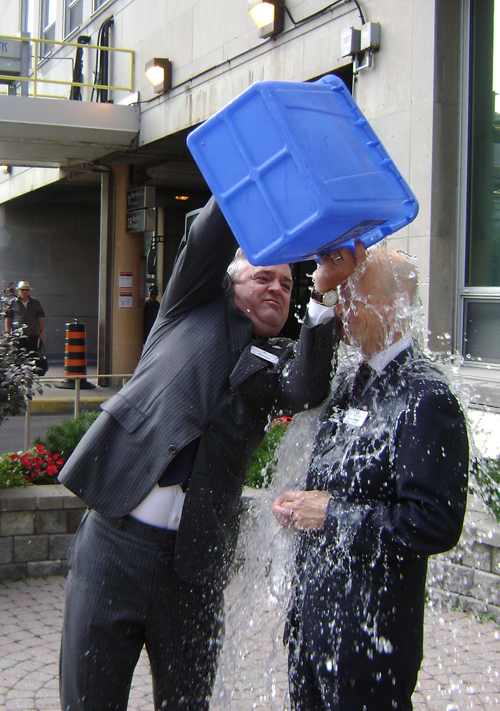 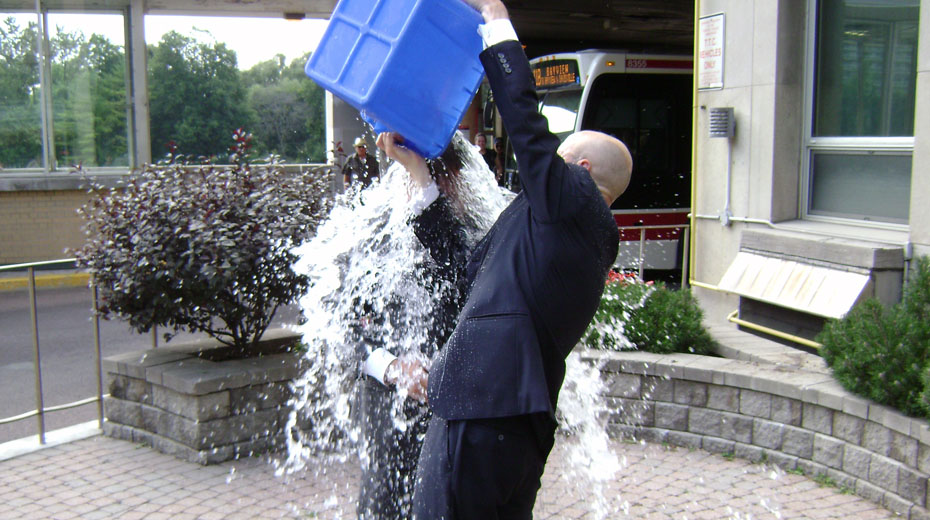