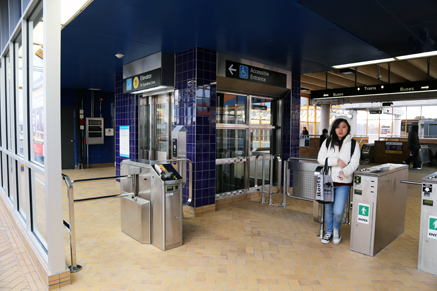 The next closest accessible station to Lawrence West is Eglinton West to the south and Downsview to the north.

The TTC’s Easier Access Phase 3 Project will make all the remaining subway/RT stations accessible by 2025.