City officials visited the Transit Control Centre on Jan. 7 to shine a spotlight on some of the unsung heroes of the severe ice storm that hit Toronto on Dec. 21-22. 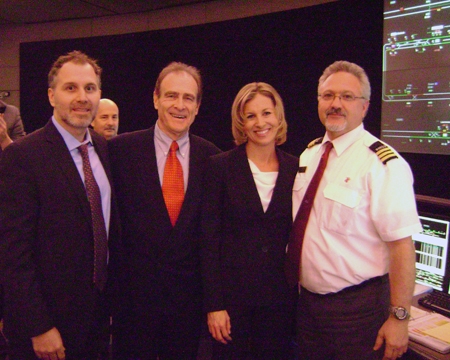 City officials visited the Transit Control Centre on Jan. 7 to shine a spotlight on some of the unsung heroes of the severe ice storm that hit Toronto on Dec. 21-22.

With the backdrop of the control centre theatre and the lingering effects of an extreme temperature dip outside, Deputy Mayor Norm Kelly, TTC Chair Karen Stintz and Commissioner Josh Colle expressed their gratitude to the behind-the-scenes staff who worked tirelessly to ensure TTC service was up and running as soon as hydro power was restored to the city.

“We’re here to bring attention to the people who made a significant contribution behind the scenes,” said Kelly. “We’re all grateful to hydro and forestry and upfront response teams, but there were people on the inside whose support and commitment was remarkable as well – that’s why we’re here at TTC command.”

On the night of Dec. 21, a catastrophic ice storm hit the GTA knocking out power to hundreds of thousands of Toronto and GTA residents, and brought down much of the tree canopy in the city and region. The SRT, Sheppard Subway and streetcar service lost power as well as York Mills, North York Centre, Islington and Victoria Park stations. Close to 30 bus routes had to be diverted or suspended as a result of fallen trees and downed power lines. Full power and service was restored on Dec. 24.

“This was yet another circumstance in which employees showed their willingness to come in from holiday, to stay as late as required and do what it takes recover from the storm and get service rolling for our customers as soon as power was restored,” said Acting Chief Service Officer Chris Upfold. 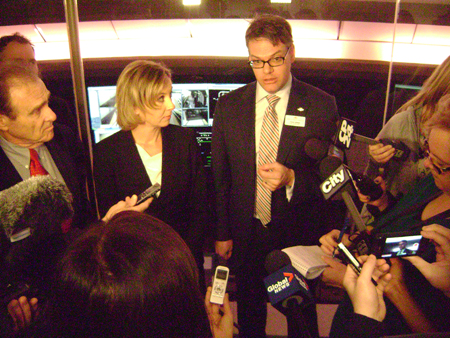 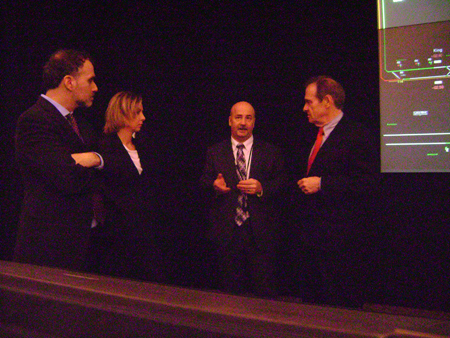