TTC Chair Karen Stintz formally advised the Board that she will be relinquishing her role as Chair as of Feb. 22, 2014, and indicated her intention to continue to serve as a Commissioner. City Council will select her replacement at its Feb. 19, 2014 meeting. 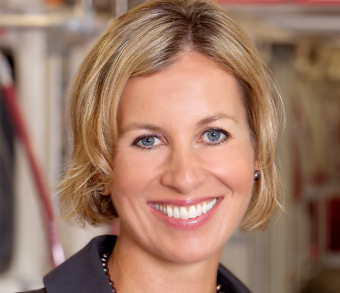 TTC Chair Karen Stintz formally advised the Board that she will be relinquishing her role as Chair as of Feb. 22, 2014, and indicated her intention to continue to serve as a Commissioner. City Council will select her replacement at its Feb. 19, 2014 meeting.

The Board approved the following request presented by TTC Chair Karen Stintz: “The TTC’s transfer policy has remained unchanged for decades and although relatively simple in concept, the details can sometimes confuse customers. Many cities around the world have a transfer policy that allows unlimited travel during a particular time period (90 or 120 minutes), which has benefits for customers.

“As part of our customer-centred focus, and the introduction of the Presto fare card system at the TTC, we have the opportunity to review our transfer policy and the implementation of a time-based transfer system. Considering this, staff is requested to report back in January on the relative costs and benefits of moving to a time-based transfer policy and the best way to make a change should it be adopted.”

Board members received a presentation on the status of Presto implementation. The TTC subsequently approved the following four-point motion presented by TTC Chair Karen Stintz: “Confirm the expectation with Presto that the system will be substantially implemented in time for the Pan Am Games (2015); the schedule for implementation of Presto within the subway stations be reviewed and expedited; CEO Andy Byford meet with Metrolinx to identify opportunities to expedite the implementation; and a report be provided to the members of the Board every two weeks on the schedule and status.”

The TTC Board endorsed a new evaluation framework that will guide the TTC in planning and locating subway station second exits. The framework was submitted by a specially convened Expert Advisory Panel made up of private citizens. The Board also directed TTC staff to report back on the next phase of second-exit planning and consultation. The TTC will report back to the Board in early 2014 on a process for local working groups to assess locations of second exits at individual stations.

The Board approved a recommendation to formally advise the City and Build Toronto of the deferral of the planned closures of the following TTC commuter lots to ensure minimal impact on customers:

The TTC will formally advise Metrolinx to maximize the current parking capacity at Kennedy Station during and post-construction of the Eglinton Crosstown LRT. If these planned closures proceeded, about 60 per cent of the TTC’s parking supply would have been impacted. The TTC manages 28 commuters lots (over 13,600 spaces).

The TTC is undertaking a transit app contest, co-promoted and co-judged with blogTO, to help improve customer knowledge of self-serve opportunities with third-party mobile apps using TTC open data. A winner is expected to be announced in early 2014.