The TTC proved this past summer that with the right resources, and by harnessing its people power, it’s a world-class system that makes Toronto proud. 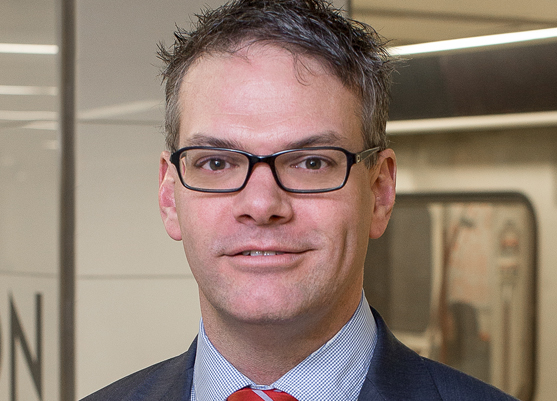 The TTC proved this past summer that with the right resources, and by harnessing its people power, it’s a world-class system that makes Toronto proud.

During the Pan Am and Parapan Am Games, Torontonians were highly complimentary of the safe, courteous service provided by the TTC. Visitors commented on the friendly army of employee ambassadors that was drawn from across the company and that we deployed to welcome everyone to Toronto and our network.

The Canadian Urban Transit Association (CUTA) also noticed the leadership that saw the TTC’s gold-medal performance cross the finish line, and on Nov. 25 awarded Chris Upfold, the TTC’s Deputy CEO and Chief Customer Officer, with an Individual Leadership Award of Excellence during the 2015 Fall Conference and Trans-Expo in Montreal.

The award recognizes major contributions by an individual in the betterment of public transit on behalf of his or her organization.

“Chris was tasked with designing and delivering a Games Plan that would ensure high-quality transit to TORONTO 2015 – the world’s third largest multi-sport event,” said CEO Andy Byford. “He demonstrated excellence by adopting best practices from his previous experience with the successful London Olympics transit plan, and worked collaboratively with other transit agency representatives and TTC colleagues to develop a credible, workable plan that had the buy-in of those that would have to deliver it.”

A special Board Period for the duration of the Pan Am Games (between July 10-26) saw the TTC operating an abundance of service than would normally be seen during the summer months on routes that served event venues and transit hubs across the city.

Key to the success of the Games Plan were the more than 1,600 employee ambassadors who filled over 7,000 shifts at key stations and locations across the city to assist spectators and regular riders alike during their commute. It’s estimated that the TTC carried approximately three million during the Pan Am and Parapan Am Games.

Well done and thanks again to all TTC employees for delivering a stellar Games!