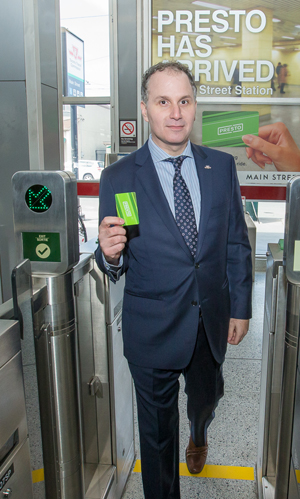 “The adoption of PRESTO and the installation of new fare gates demonstrate the TTC’s commitment to the modernization of our transit system. The new fare card technology and fare gates will continue to make the TTC more accessible and customer friendly,” Colle said.

PRESTO readers were activated on March 22, about two weeks after the new-style gates were installed. The next stations in line to get the paddle-style gates are Sherbourne, Wellesley and Bay later this spring. The new fare gates are scheduled to be system-wide by mid-2017.

Enabling the whole TTC system to accept PRESTO fare payments by the end of 2016 is a Customer Charter commitment. PRESTO card readers are currently being tested on 11 buses running out of various TTC garages. Each bus in service is equipped with two card readers – one inside each door.

PRESTO activation on TTC buses is slated to begin this spring and be completed by year's end. Since all-door boarding is not available on buses, customers will only be able to board and tap at the front door unless a bus is replacing a streetcar in revenue service. More information about the PRESTO rollout on the bus fleet will be released in the coming weeks. 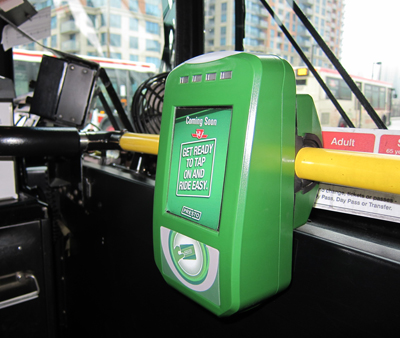