Prime Minister of Canada Justin Trudeau pledged up to $840 million in public transit funding for Toronto during his visit to Greenwood Shop on May 6. 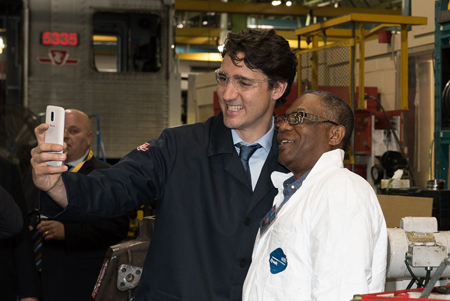 Prime Minister of Canada Justin Trudeau pledged up to $840 million in public transit funding for Toronto during his visit to Greenwood Shop on May 6.

While the much-needed funding for upgrades and improvements to the existing system begins to flow later this year, Trudeau said all three orders of government are already actively working on funding new projects to address the most pressing transit priorities for cities and communities across the country.

“In a city this size, with such a diverse and dynamic population, reliable public transit isn’t a convenience, it’s a necessity,” Trudeau said. “It’s how millions of Torontonians get to work in the morning and back home after a long day.”

The first phase of infrastructure funding unveiled in the Federal Budget last March included up to $3.4 billion over three years to upgrade and improve public transit systems across Canada. Starting this year, $1.5 billion will flow to the province and up to $840 million to the City and the TTC for continued state of good repair work.

Trudeau stated that this first phase of funding will not solve every challenge that the TTC is facing, but the investment is immediate, more generous with the federal government funding up to 50 per cent of the cost of eligible projects, and provinces and municipalities will determine how to invest the money where it’s needed most.

“This announcement means that Toronto is finally receiving funding that acknowledges the unique pressures on our system, and the vital role that it plays in the health and well-being of our city, and in turn, our country because Toronto is the economic engine of Canada,” said Mayor John Tory. 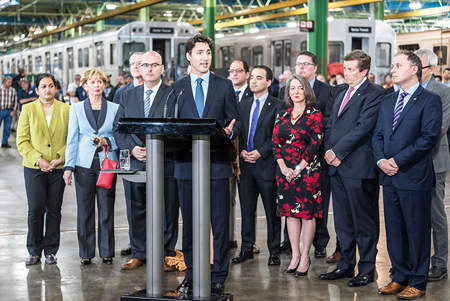 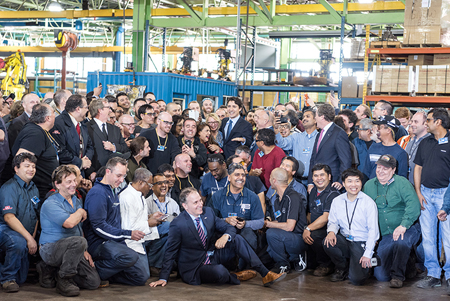