TTC uniformed Supervisors Malcolm MacPherson and David Williamson currently serve as Army Reservists with the Royal Regiment of Canada. The pair participated in a training range exercise in Meaford, Ontario in full gear last October. MacPherson has been in the Reserves for more than 20 years.

Starting at 11 a.m. on Remembrance Day, Nov. 11, the TTC will pause all service for two minutes of silence in honour of Canada’s fallen. On Remembrance Day, all current members of the Canadian Armed Forces in uniform, war and peacekeeping veterans, and one companion, can ride free of charge. TTC buses and streetcars will display a Lest We Forget sign, and a special message will run on all subway platform screens. The TTC Honour Guard will take part in the Remembrance Day service at the Cenotaph at Old City Hall, where CEO Andy Byford and ATU Local 113 Executive Board Member Phil Horgan are scheduled to lay a wreath on behalf of all TTC employees and pensioners. 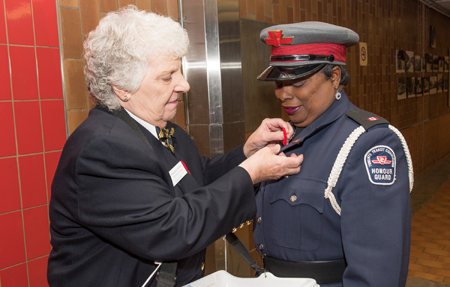 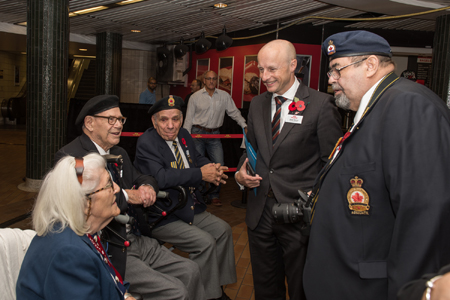 Station Supervisor Brenna Taylor points to her grandfather's name (Edward A. Taylor) on the TTC Honour Rolls that hang on the wall in the McBrien Building. He was one of hundreds of TTC employees that served in the Second World War. “My grandpa started at the TTC in 1942 and drove streetcars out of Wychwood,” says Taylor. “I believe from there he did a short time at Eglinton Division, then transferred back to streetcar and drove out of St. Clair Division until he retired in 1976. The running joke was that he could drive a streetcar no problem, but a regular vehicle he was horrible as he consistently would forget to turn the steering wheel, once even hitting the neighbours porch coming home from work.”

The two major Honour Rolls, listing all employees for all work locations, were updated periodically, which explains why the 623 names are not listed alphabetically. Famed Group of Seven artist, A.J. Casson, completed the original design. 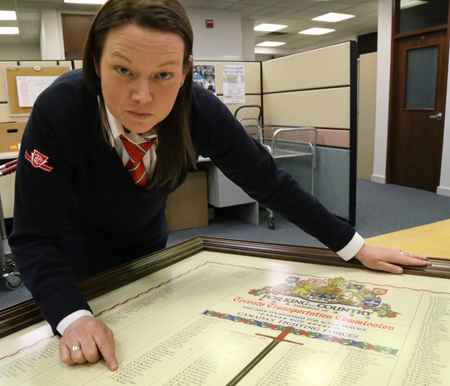 Transit Enforcement Unit Sergeant Chad Minter paid tribute to war veterans as he represented the TTC by laying at a  Remembrance Day ceremony at the Toronto Zoo grounds on Nov. 11. 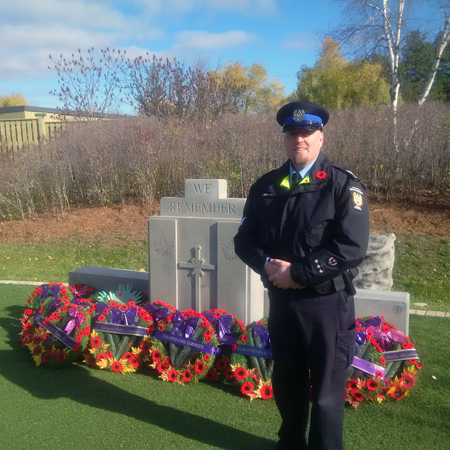