Downsview Park was the second of six Line 1 extension stations handed over to the TTC on Oct. 2. York University Station was turned over by contractors on Sept. 18. 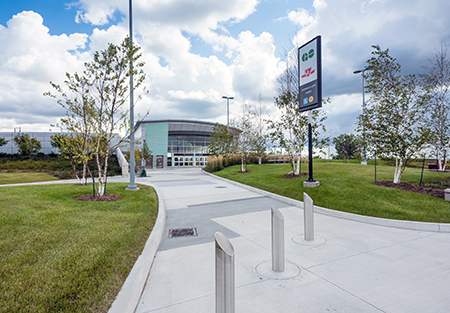 Downsview Park was the second of six Line 1 extension stations handed over to the TTC on Oct. 2. York University Station was turned over by contractors on Sept. 18.

As of today, the TTC is 74 days out from the start of revenue service on the Toronto-to-York subway extension, which is scheduled for Sun., Dec. 17.

Spot the TYSSE scenes in the latest TTC highlight video

The Toronto-York Spadina Subway Extension project is a six-station, 8.6-km extension of the Line 1 Yonge-University Subway from the current Sheppard West Station, northwest through York University, and north into York Region. It represents the TTC’s first subway expansion crossing the municipal boundary of Toronto into the 905 region. Here’s a recap of each accessible station:

Vaughan Metropolitan Centre: is located north of Highway 7 to the west side of the relocated Millway Avenue. The terminal station is a multi-modal transportation hub with on-street passenger pick up and drop off (on New Park Place and Millway Avenue), and connections to YRT SmartCentres Place Bus Terminal and to the Viva BRT, which will run in the centre of Highway 7.
Elevators: 4
Escalators: 6

York University: is located at York University, crossing underneath Ian Macdonald Boulevard in the heart of the Keele Campus at the east end of the Harry W. Arthurs Common.
Elevators: 2
Escalators: 6

The TYSSE project is jointly funded by the Government of Canada, the Province of Ontario, the City of Toronto and The Regional Municipality of York.