Pioneer Village became the fourth Line 1 extension station to be handed over by contractors on Oct. 23. 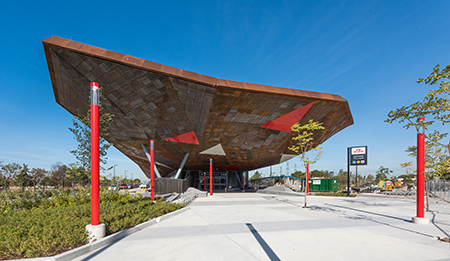 Pioneer Village became the fourth Line 1 extension station to be handed over by contractors on Oct. 23.

Pioneer Village Station straddles the 416/905 border at Steeles Avenue West and Northwest Gate. The station includes a 12-bay TTC bus terminal, a five-bay YRT bus terminal, a 1,881-space commuter lot and a passenger-pick-up-and-drop-off. The station will be accessible with four elevators and 10 escalators.

Pioneer Village will be showcased to the public on Oct. 28, alongside Highway 407 and Vaughan Metropolitan Centre Station open houses hosted by the TTC and its funding partners. A sneak peak for employees and their families with lots of fun activities starts at 11 a.m. on Saturday. The TTC/United Way Team will be selling burgers, hot dogs and drinks with all proceeds to the United Way campaign. The public open houses begin at 1 p.m. (Note: elevators and escalators will not be in service at the three stations.)

Another major milestone that was achieved on the same day was the handover of the subway tunnels and train way to TTC Operations. Crews continue with testing and commissioning of systems and equipment throughout the extension. In late November, the TTC will begin running empty trains northbound and southbound along the extension to test door operations and headway times. Subway Operators will offload all passengers at Sheppard West and continue out of service, stopping at all stations along the extension.

The Line 1 extension has 17.4 kilometres of double track and power rail and 6.4 kilometres of twin tunnels. Tunnel work was completed in 2013. In 2016, Premier Kathleen Wynne marked the completion of track installation at Vaughan Metropolitan Centre Station. 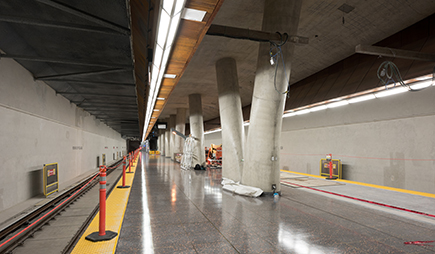 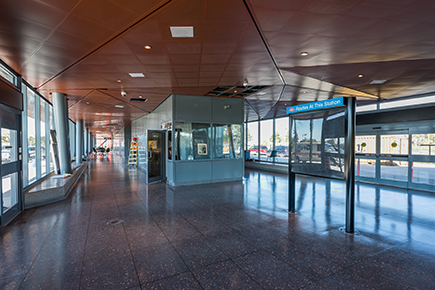 On Oct. 25, the TTC conducted Emergency Exercise #1 at York University Station. The large-scale safety and emergency simulation involved Toronto emergency responders (police, fire, paramedics), York University and numerous TTC departments. It was the biggest field exercise ever hosted by the TTC with more than 650 participants simulating a train crash scenario in a subway tunnel. Emergency Exercise #2 will be held at Highway 407 Station (for York Region first responders) on Nov. 22. 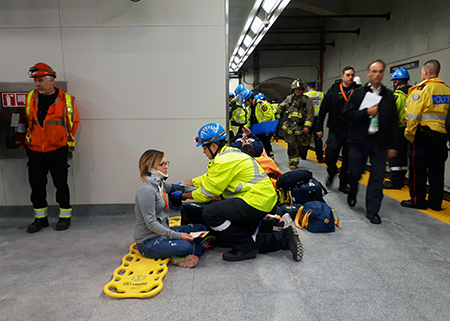