Just over two weeks ago, we tragically lost a colleague and friend. Peter Pavlovski was killed in the early hours of September 14 while working on the subway tracks just north of Yorkdale Station. 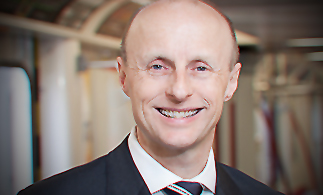 Just over two weeks ago, we tragically lost a colleague and friend. Peter Pavlovski was killed in the early hours of September 14 while working on the subway tracks just north of Yorkdale Station.

I committed then, and do so again today, to keep you informed about the state of the investigations.

The terms of reference for our own internal investigation have been finalized as we work to seek a complete understanding of what happened. As well, the Ministry of Labour continues to investigate, having already conducted several interviews, with more to follow. The Joint Health and Safety Committee is also investigating.

We are all working co-operatively on this investigation and are determined to understand what occurred two weeks ago and what we might learn from it to ensure such a tragedy never happens again.

While we are all anxious to know the circumstances that led to Peter’s death, the outcome of these investigations could take several months. Having said that, should there be information we can share as we proceed towards a conclusion I think it is only right that we tell Peter’s family first, then our employees, then the public.

I have been extremely impressed by how all of you have rallied and expressed such tremendous support for Peter’s family, as well as the crew who were there that morning. Thank you to everyone who has worked so hard on this matter; you do the TTC proud.