The following is an editorial by CEO Andy Byford, which originally appeared in the Metro News, Toronto Moves page (September 13, 2013). 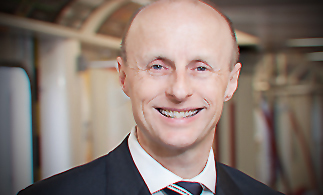 The following is an editorial by CEO Andy Byford, which originally appeared in the Metro News, Toronto Moves page (September 13, 2013).

In addition to running today’s TTC, one of my many responsibilities is to advise elected officials on transit policy, including expansion.

The current, protracted debate about extending the Bloor-Danforth line as a subway deeper into Scarborough is taking place in a highly charged political atmosphere. It is complicated by the number of different agencies and players involved.

The TTC’s position is very clear: to provide the best transit solution to its customers with the funds available – and with an eye to future growth.

The TTC, with Board direction, will study the revised subway proposal announced by Ontario Transportation Minister Glen Murray last week. That proposal would see an extension to the Bloor-Danforth line along the present-day Scarborough RT routing. But it will only be supported by the TTC if operational and engineering concerns over sharp curves and steep inclines can be satisfactorily addressed.

The subway routing approved by Council this summer – and supported by myself and TTC staff – is not subject to tight turns and steep grades. This plan would not require a bus shuttle during construction as the SRT would be kept operational until the subway extension is complete, and there would be no need to relocate Kennedy Station.

Elected officials, of course, have the final say in all of this. But it is my job to give frank and fearless advice to help inform the best possible outcome for TTC riders. I will not flinch from that responsibility.