Eglinton: Esmael Abdurrahman: “My main compliment about him is when I was talking to him outside his bus, he was having a snack of raisins and nuts in a small container and he offered to me some, which I gladly accepted. His gesture in nature was small, but with a big message of humanity and soul-to-soul connection, which made my day a great day.”… Juleesa Anthony, Lisa Byrnes, William Curate, Michael Easthope, Wesley Ellington, Alfred Grimbleby, Michael Marges, Kirk McRae, Devon Nembhard, Patricia Paul, Prince Peprah, Daniel Price, Steven Wrigley, Harriet Younge

Malvern: Gary Black, Michael Cummings, Zeno Felthman: “I ran to catch the bus and was in a hurry getting my tokens out as I boarded. I dropped three inside the bus. I was able to find one and deposited it, and eventually found another one. I was going to give up on the last one, but at the next stop the driver unfolded the platform and pointed out my lost token stuck in a crack. I really appreciated it. What a gentleman!” … Pardeep Gautam, Gary John, James Johnston, Graham MacDonald, Ellington McLeggon, Shelly Purdon, Anthony Ramjit, Barrington Smith, Paul Veerasammy, Sukhwinder Virk, Syed Zaidi

Mount Dennis: Abdulahi Abdi, Caitlyn Baker, Parget Banga, Kannav Bedi, Kevin Borges, Patricia De Gernier, Edmond Dervishi, Valter Duarte, Irving Edwards, Raphael Ellis: “On route before reaching Keele and Lawrence there was a massive accident where line ups of cars were stuck for over an hour. Raphael reached the bus stop before the accident and decided to go around the neighbourhood helping alleviate the congestion and continue with the trip instead of being stuck there for who knows how long. During our four-minute travel around the neighbourhood he made everyone laugh by showing us the houses for sale. Fun, fun, fun.” … David Elrick, Peter Garcia, Amandeep Grover, Anthony Gullo, Mingchung Lo, Devendra Narayan, Kiran Rampat, John Rocha, Nelson Rodrigues, Asim Shafique, William Wirtz 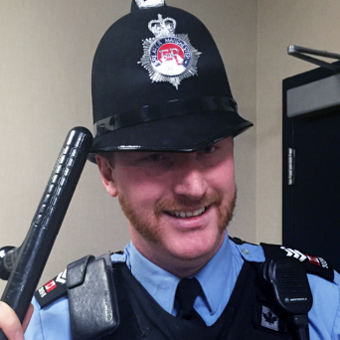 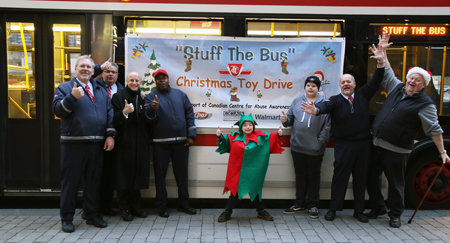 Bingo, pizza sales in the subway, payroll donations, a special trivia night and the annual TTC Idol and CN Tower Stair Climb are just a few of the numerous volunteer events held during this year’s fundraiser.

A cheque was presented at the campaign finale on Dec. 17 to the United Way by representatives from management, the unions and pensioners.

“Each year at this time our employees and pensioners play an incredibly important part in raising desperately needed money for the neediest in our community,” said CEO Andy Byford. “Congratulations to the TTC/United Way team, canvassers and donators for your unwavering generosity.”