Eglinton: Nick Arfanis, Christina Atkinson, Tameka Bailey, Devon Brown, Paul Cantos, Daniel Cawley, Brian Chapman, Tim Cullen, Khalil Elhaj Khalil, Rosario Figliano, Bernard Friday: “I went to his bus while he was stopped. I just got off the 100 bus because my nose started to bleed heavily. He opened the bus door and I asaked when will this bus be leaving. He said we will go , but first wash your hands. He took out his water bottle and poured water over my hands and gave me a platic bag to put my used tissues in. He asked if I needed paramedics. I refused, though I really appreciarted this very kind gesture.” … Luigi Gabriele, Charmagne Gilgannon, Alfred Grimbleby, Steven Gutenberg, Faruk Hatia, Kevin Karacorovski, Carlo Lasola, Jordi McLauchlin, Melissa McLeod, Tim Mitchell, Brown Mohammed, Debra Raymond, Mark Stoeckle, Cassandra Superville, Bryan Taylor, Blair Thomson, Michael Venditti, Kevin Zenglein

Malvern: Paul Alexander, Shahzad Awan, Alan Bourne, Neil Bulpitt: “Whether the bus is packed to the brim or empty, I know I can expect a polite greeting and the certainty that I will get to my next transfer stop on time or with an wxtra minute to spare. Thank you very much for this driver.” … Davy Colquhoun, James Espiritu, Jonathan Fitzpatrick, Robert Greenhalgh, Daniel Herrera, Zabeehullah Kobari, Tim Jollimore, Philip Koberstadt, Martin Lavallee, Hing Lee, Pierre Menard, Kiritharan Nadesapillai, Billy Papas, Gurpreet Sekhon, Abdul Shaikh, Christos Skoufaris, Richard Wafer

Mount Dennis: Kannav Bedi, Ross Bendle, Kevin Borges, Rony Canas, Miguel Cano, Sukhjinder Cheema, Nichola Cousins, David Elrick, Leslie Fodor, Rajveer Garcha, Amandeep Grover, Anthony Gullo, Leigh Ann Hearne: “I use a wheelchair. I am asthmatic. The trigger is scent. When I am around perfumes I can’t breathe. A passenger boarded the bus south of Bloor wearing perfume. She sat directly across from where I was sitting. The asthma attack was immediate. I had to get out. I told the driver and she not only let me out, she waited to make sure I was safe. There was no curb cut to get off the road so she shielded me with this bus until I could wheel up to where there was a curb cut.” … Ira Irving, Keith Kinsella, Jeff Lauder, Levin Moci, Michel Nunes, Harshal Patel, Mauro Pistillo, Natasha Richards, Antonio Rossi, Adam Ruddell, Malik Sattar, Jaswal Shamsher, Joanne Simpson, Derrick Sinclair, Joravar Singh, Navindra Singh, Grantley Soudine, Inderjeet Tak, Ernest Titus, Richard Wafer, Rudy Wilson

Stations: Michael Bajohr, Donald Brown, Kenneth Ilechukwu, Robert Lima, Josie Muringer: “You helped the men cleaning their wounds while police took statements. You further purchased TTC tickets with your own money and gave them to Patrick (victim who had taken the brunt of the assault) so that he could get home … He lived alone so he accepted the tickets.” … Clarke Smith, Richard Ridge, Wendy Tilley-Pospischil

Wilson-Bus: Don Canhoto: “He had a difficult and needy passenger who was going to a destination she was unsure of … The driver dealt with her in a patient, respectful and understanding way and even helped her on the street when she got to the stop, which he thought was closest to where she needed to go.” … Cheryl Lee, Chiufai Man, Shabniz Mitha, Preston Pilgrim, Tanya Saunders, Kerry Willis, Vittorio Zeppa 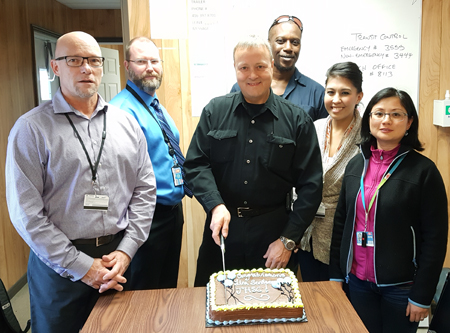 Congratulations to the Line Services Joint Health and Safety Committee (ECD Line Mechanics/ETC/End Terminal Cleaners) on its first meeting in November. Lines Services is the newest safety committee to be established at the TTC after a year in the making. Pictured from left: Co-Chair Reed Stickle, Dan Decan, Co-Chair Peter Lawryshyn, Devon Tracey, Laura Labriola and Jenny Haldorson. 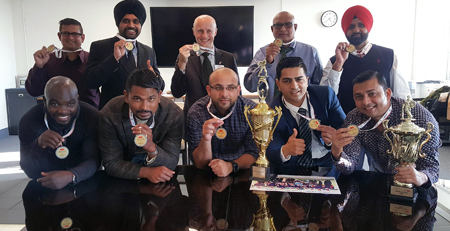 Congratulations to the TTC Cricket Team, 2016 Mayor’s Cup champions, who were officially presented with their hardware by CEO Andy Byford at Head Office in November. 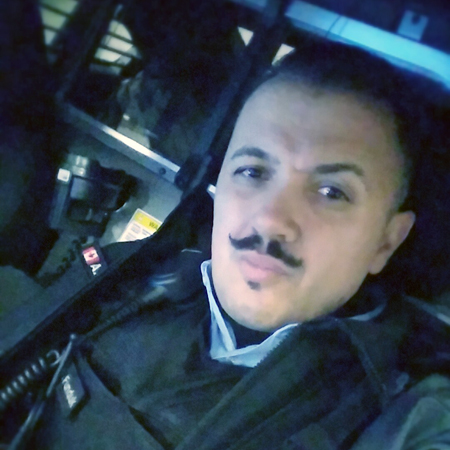 Congratulations to Transit Enforcement on raising $6,619 during Movember’s Great Canadian Police Challenge fundraising effort. The votes are in and Sergeant Alex Funduk, above, was voted for best moustache and Transit Fare Inspector Patrick Henry, below, for best fundraiser. 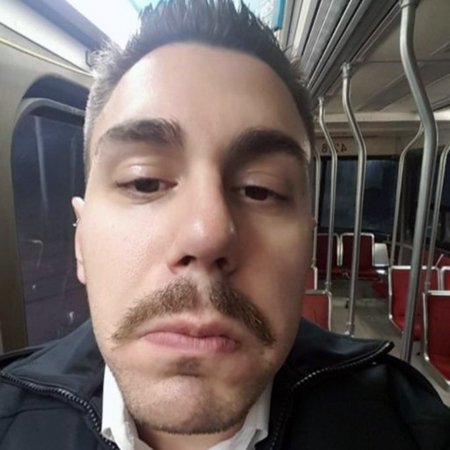