Malvern: Mike Arrigo, Charwyn Bahadur, Kevin Birtles, “A very elderly couple was trying to cross the street through traffic when your driver stopped for them and other drivers finally stopped too following her example. They crossed safely finally. She pulled over to them and asked if they were trying to catch the bus. She lowered the bus and even made sure they were seated before continuing. She was so patient and pleasant. The gentleman was so touched by her that she held her hand and thanked her repeatedly! I would feel comfortable with my grandparents taking transit.” … James Cook, Joseph Donnelly, Jonathan Fitzpatrick, Kimberly Higgins, Philip Hoosain, Fourse John, James Johnston, David Judson, Eric Leung, Ellington McLeggon, Allan Murray, Randy Nabert, Craig Nelson, Dayne Patrick, Donald Proulx, Wayne Simpson, Peter Stanislaus, Audrey Wood Allen, Michael William

Russell: Dominic Bogacki, Christine Bulmer: “Just had the most pleasant experience I have ever had on a TTC vehicle in my whole life even though the streetcar was full beyond belief because of an earlier accident. The driver made it pleasant with her politeness and cheerful disposition.” … Andrew Cornet, Thedore Grozdanis, Stephen Jean, Shawn Kelly, Chris Lewis, Ryan Leeson, Terry Mannella, Brenda Michaud, Charles Morrow, Brandon Ogden, Curt Richards

Wilson-Bus: Andrew Baird, Curtis Batson, Willie Chisholm, Maria Christakos, Alexandros Michailidis, Shabniz Mitha, Vincent Modica: “The driver quickly and safely stopped the bus and prevented it from colliding with a car by mere inches, after the driver of said car made a right turn on to Avenue Road in front of us – she clearly didn’t see the bus as she was looking at her mobile phone. The driver immediately asked if we were all okay and then calmly continued on.” … Devendra Narayan, Agostino Pagano, Gary Thompson, Heather Titus, Jermaine Watkins 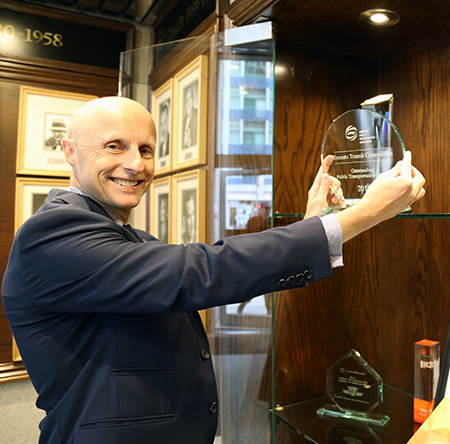 The TTC officially received its 2017 Transit of the Year Award from the American Public Transportation Association last month. It took its rightful place on the top shelf in the McBrien Building trophy case, placed there by CEO Andy Byford. The award sits alongside other recent trophies to the TTC, including: Best Diversity Program, Public Sector Safety Award of Excellence and one of the GTA’s Top Employers of 2017.

Congratulations on two classes of Special Constables who formally received their diplomas at the Toronto Police College in the summer: 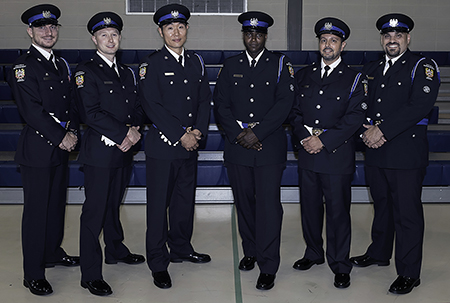 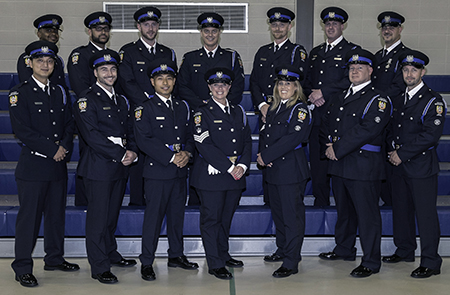