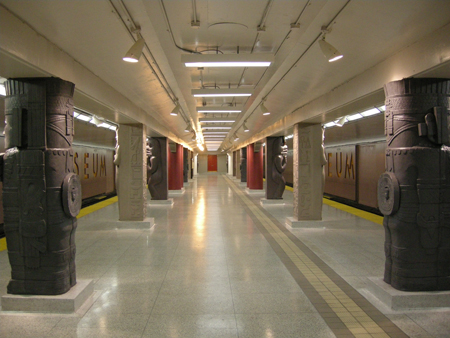 February 17: Introduction of 180 individual services increases on all days of the week on 46 bus and streetcar routes.

March: Completion of BST’s OCDI – the comprehensive survey of all TTC employees. More than 9,000 employees responded.

March 18: Malvern Garage hosts funding agreement signing between all three orders of government for infrastructure and federal gas tax dollars for the TTC.

July: All stop announcements on the subway and Scarborough RT become fully automated.

July 10: Commissioners approve a Green Procurement Policy for the TTC.

September 4: Launch of the Next Train Arrival pilot at Dundas Station.

October 8: The TTC receives arbitrator’s decision on a binding three-year agreement with its three unions.

November 26: Commissioners approve a contract for the design of twin tunnels for the Toronto-York Spadina Subway Extension.