January 31: The Commission unanimously approved a contract award for the construction of the Ashbridges Maintenance and Storage Facility.

February 26: A TTC Collector was shot during an attempted robbery at Dupont Station. The TTC offered a $25,000 reward for information.

February 29: The Commission voted to name the first two stations on the Spadina Subway Extension, Vaughan Metropolitan Centre and Highway 407.

March 30: The Commission introduced 11 members of the Customer Liaison Panel, established to provide a mechanism for ongoing customer participation and feedback on transit in Toronto.

April 30: A new, modernized organizational structure for the TTC went into effect.

May 7: The Modernizing the TTC document was released to all employees.

May 22: Prince Charles hopped aboard a TTC bus while in Toronto to mark the Queen’s Diamond Jubilee.

May 30: The Commission approved the transfer of the overall program management of the Light Rail Transit (LRT) plan for Toronto from the TTC to Metrolinx and Infrastructure Ontario. 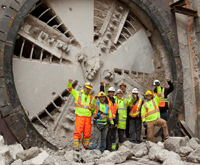 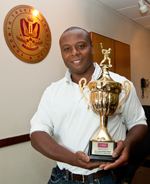 June 23: The TTC Cricket Team was crowned champion of the 2012 CIMA Mayor’s Trophy at Sunnybrook Park.

July 5: The Shuffle Demons performed on a Spadina bus to help highlight the Spadina right-of-way construction and renewal.

August 20: Queensway Operator Ewa Kozlowska averted grave danger when her busload of riders on the 45 Kipling route was trapped under live power lines.

September 7: The TTC kicked off a new partnership with the Metro newspaper through a weekly, full-page feature prepared by and devoted to the TTC.

September 14: The TTC mourned Road Master Peter Pavlovski who tragically lost his life while working at track level, north of Yorkdale Station. Two other employees were taken to hospital with non-life-threatening injuries.

September 27: The Commission approved a contract for articulated, low-floor, clean-diesel buses to begin arriving in 2013.

October 3: The TTC and Metrolinx reached an agreement that will see the TTC operate the four new LRT lines being built and financed by the Province of Ontario.

October 24: The Commission unanimously endorsed the findings of a report detailing the demand and benefits of a Downtown Relief Line.

November 1: CEO Andy Byford marked his first year on the job at the TTC.

November 15: Officials from all three orders of government came to Harvey Shop for the official reveal of low-floor, streetcar test vehicle #4400.

November 21: The Commission voted to name the future streetcar maintenance and storage facility at Leslie and Lake Shore, The Leslie Barn.

November 21: Commissioners approved the final 2013 TTC and Wheel-Trans Operating Budgets and the 2013-2022 TTC Capital Budget, and confirmed a five-cent increase in the price of a single Adult token and a proportionate increase in all other fares (excluding Cash and Child fares) effective on Jan. 1, 2013.

December 31/January 1, 2013: The TTC offered free New Year’s Eve rides (starting at 10 p.m.) and extended service in the subway and on many surface routes. 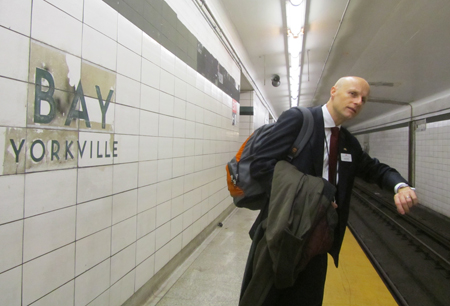 A personal highlight of CEO Andy Byford’s in 2012 was his first visit to Bay Lower. Although he was genuinely impressed with the abandoned station, it looks as though he was a bit confounded by the length of time it took for a train to arrive.
X
Cookies help us improve your website experience.
By using our website, you agree to our use of cookies.
Confirm