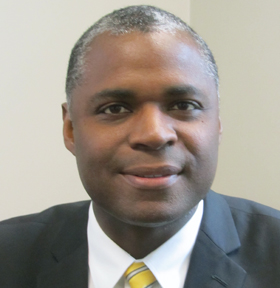 The TTC is pleased to announce the appointment of Collie Greenwood to the position of Head of Bus Transportation Department. The appointment was effective on December 15, 2016.

Collie was previously Head of Stations since 2014. He began his TTC career in 1988 when he joined Transportation as a Junior Divisional Clerk. In 1990, he was promoted to Transit Administration, and held progressively responsible management positions in various areas such as Corporate Compliance as a Training officer (1992), Subway Operations as an Operations Assistant (1994), Superintendent of Analysis and Procedures (1996), Assistant Manager of BD Subway (1998), Manager of YUS Subway (2000) and Manager of Station Operations/Collectors (2012) before being promoted to Head of Stations.