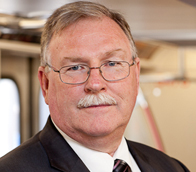 The TTC is pleased to announce the appointment of Dave Dixon as Chief Operating Officer of the Operations and Safety Group. The appointment was effective on March 30.

Dixon was serving as Interim COO since February. Prior to that post, he was appointed as Operations General Manager in December 2011, after serving in an acting capacity since March of last year. Dixon was Deputy GM – Rail since 2007.

Dixon has a comprehensive knowledge of transit operation, strong leadership experience in a staff/union workplace and dedication to continuous improvement.

He joined the TTC as an Administrative Assistant in 1987. In 1989, he was promoted to Assistant Superintendent in Surface Rail and transferred to Harvey Shop two years later.