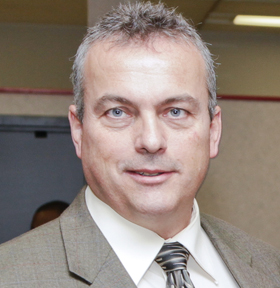 The TTC is pleased to announce the appointment of Glen Buchberger to the position of Head of the Plant Maintenance Department. The appointment was effective on May 4, 2014.

Buchberger began his TTC career in 1997 when he joined Plant as a Senior Structural Maintenance Engineer. In 1998, he was promoted to Assistant Superintendent of Operations Planning and was transferred to Emergency Equipment in 2004. Three years later, he was promoted to Stations/Tunnel/Building Equipment Superintendent. In 2009, he became Facilities Manager and held that post until he was tapped to take over as Acting Head in 2013.