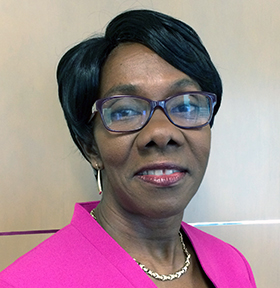 Head of Strategy and Service Planning

The TTC is pleased to announce the appointment of Jaqueline Darwood to the position of Head of Strategy and Service Planning Department. The appointment was effective on January 1, 2017.

Jaqueline joined the TTC as a Transit Planner in 2011. She held progressively responsible positions in Service Planning, including System and Policy Senior Planner and Service Planning Manager. In May 2016, she was appointed Acting Head and held that position until her most recent promotion.

Jaqueline has more than 24 years of experience in transportation and transit planning. Her career began as a Research and Planning Manager at the Transport and Licencing Authority in Jamaica in 1992. Later she worked for Jamaica Urban Transit (JUTC) as a Service Planning Manager and Divisional Manager. As part of her responsibilities at the JUTC, she directed long- and short-term planning for transit, including infrastructure requirements, determining fleet size and type, transit network design, monitoring key performance indicators for bus operations, data analysis and development of the service budget. As a divisional manager, Jacqueline was responsible for the day-to-day operation of 600 buses and the maintenance and operational staff to support the operation of these vehicles.