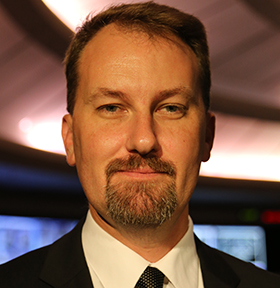 The TTC is pleased to announce the appointment of Jim Ross to the position of Head of Subway Transportation Department. The appointment was effective on Sept. 29, 2014.

Ross started his TTC career in 1998 as a Subway Operator at Danforth Division. Two years later, he was promoted to Supervisor at Wilson-Subway, and to Chief Supervisor the following year.

In 2003, he continued with Transit Control as a Tower Controller. Four years later, Ross was promoted to Assistant Superintendent. He assumed progressively responsible positions until 2013 when he was tapped as Acting Head of Subway Transportation, and held that post until his latest appointment.