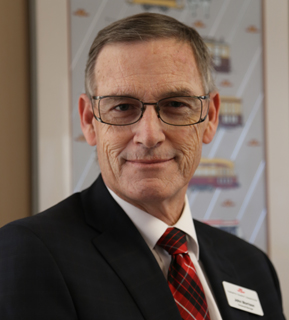 The TTC is pleased to announce the appointment of John Morrison to the position of Head of Streetcar Transportation Department. The appointment was effective on Nov. 12, 2014.

Morrison joined the TTC as a bus and subway Operator at Danforth Division in 1986. Three years later he transferred to Collectors Division. In 1991, he was promoted to Inspector and five years later he became Assistant Superintendent of Collectors.

Morrison served as Assistant Superintendent at Danforth and Wilson subway divisions from 1996 to 2008. Later that year, he was promoted to Acting Superintendent of Streetcars and promoted as Superintendent in 2011. In 2012, he was tapped as Manager and held that post until his latest appointment.

As Head of Streetcar Transportation, Morrison is responsible for transportation at Roncesvalles, Russell and Leslie Barns.