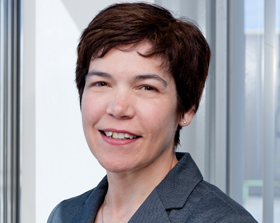 The TTC is pleased to announce the appointment of Kirsten Watson to the new position of Deputy Chief Service Officer of the Service Delivery Group. The appointment was effective on Aug. 15, 2016.

Kirsten first joined the TTC as Director of Employee Relations in 2000. She was promoted to Senior Director of Human Resources and then Superintendent of the Bloor-Danforth Subway (Danforth Division). In 2013, she became Senior Manager of Wheel-Trans. Kirsten was serving as Acting Head of Bus Transportation since early 2015 prior to her latest promotion.

Prior to joining the TTC 16 years ago, Kirsten practiced labour and employment law as an associate lawyer at Ogilvy Renault (now Norton Rose Fulbright).