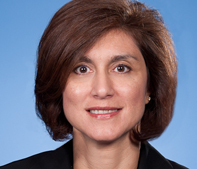 The TTC is pleased to announce the appointment of Mary Darakjian, CA, as Head of the Pensions Department in the Corporate Services Group. The appointment was effective on April 30.

Darakjian began her TTC career in 1997 as an Accounting Policy Specialist in the Finance Department. In 2006, she moved to the Pension Fund Society as a Pension Fund Accountant. She was promoted to Treasurer in 2010 and held that post until her latest appointment.

Prior to joining the Commission, Darakjian worked as an auditor with various public accounting firms in the private sector.