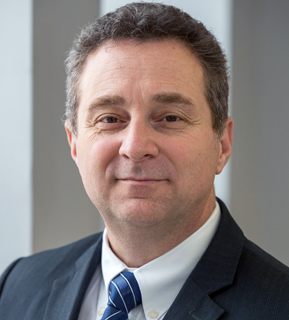 Head of Training and Development

The TTC is pleased to announce the appointment of Paul Maglietta to the position of Head of Training and Development Department. The appointment was effective on March 28, 2016.

Maglietta joined the TTC as a bus Operator at Malvern Division in 1987. Two years later, he was promoted to Inspector and spent seven years in various locations as an Inspector/Supervisor. In 1997, Maglietta became an Instructor, working in both the Subway and Bus Sections. In 2001, he became a Curriculum Development Specialist on the Sheppard line, working with numerous contractors to train TTC employees prior to the line being commissioned.

In 2002, Maglietta was promoted to Superintendent in the Training Department, a position he held until 2014. In this role, he managed both the Bus and Subway Sections. He also served as Acting Head for approximately one year. Maglietta was then promoted to Manager of Danforth Subway Division in 2014 and held that post until his latest appointment.

As Head of Training and Development, Maglietta is responsible for the following training sections: Rail and Bus Maintenance, Bus Transportation, Rail Transportation and Curriculum Development and Education.