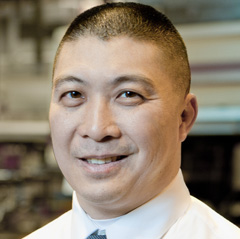 The TTC is pleased to announce the appointment of Richard Wong to the position of Head of the Bus Maintenance Department. The appointment was effective on Dec. 23, 2012.

Wong had previously held the position of Project Manager in the Construction Department.

Wong started his TTC career in the Rail Cars and Shops Department in 1999. He assumed progressively responsible posts before being promoted to Superintendent of the TTC’s streetcar carhouses in 2004. In 2007, he became Superintendent of Greenwood Shop.

Two years later, he served a brief stint at Greenwood Carhouse until his transfer to the Engineering and Construction Branch in 2009.