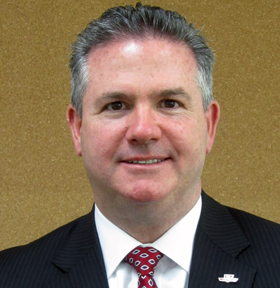 The TTC is pleased to announce the appointment of Rick Leary to the position of Chief Service Officer of the Service Delivery Group effective May 5, 2014.

Leary is responsible for the day-to-day delivery of services for streetcars, buses, Wheel-Trans, station management, transit enforcement and janitorial duties. His objectives are to provide a punctual, reliable and customer-focused service that makes Toronto proud.

From November 2009 through to April 2014, Leary served as General Manager for York Region Transit. He was responsible for the delivery of bus, bus rapid transit and paratransit services for Ontario’s third largest bus fleet. During his tenure, bus rapidways opened, ridership grew, service reliability improved and customer complaints decreased.

Prior to moving to Canada, Leary worked for the Massachusetts Bay Transportation Authority (MBTA) out of Boston. Beginning his career as a train attendant in 1984, Leary rose through the ranks in subway operations and eventually became Manager of Fare Collection Procurements, Director of Vehicle Engineering and Director of Bus and Engineering. After serving four years as Chief Operating Officer he retired in November 2009.

The MBTA is the fifth largest and most multi-model transit system in North America. The Authority operates ferry, bus, bus rapid transit, trackless trolley, streetcar, light rail, heavy rail and a commuter rail system that serves both the states of Massachusetts and Rhode Island. During Leary’s tenure, the MBTA modernized its fleet, expanded its commuter rail to the south shore, expanded its BRT system by opening a 1.1-mile tunnel under the Boston Harbor and transitioned the fare collection system from token-based to a smart card system, all the while staying focused on a state of good repair, system performance and customer service.

Leary is married with three children. 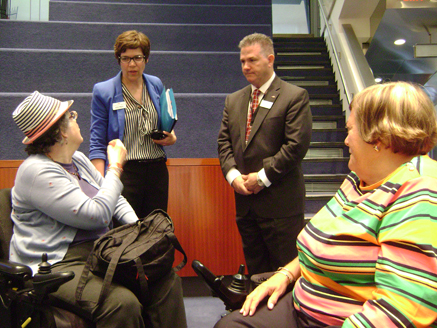 New Chief Service Officer Rick Leary speaking with members of ACAT after being introduced at the TTC Board Meeting on May 29.
X
Cookies help us improve your website experience.
By using our website, you agree to our use of cookies.
Confirm