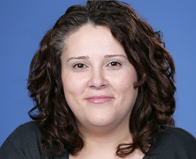 The TTC is pleased to announce the appointment of Valentina Rodriguez as Head of the Rail Infrastructure Department in the Operations and Safety Group. The appointment was effective on Dec. 11, 2011.

Rodriguez joined the TTC as a co-op student in the Subway/SRT Track Section of Track and Structure in 1999. She became a full-time employee as a Foreperson in the Structure Maintenance Section in 2001. In 2003, she was promoted to Structure Rehabilitation Project Co-ordinator.