TT Board Meeting Highlights (May 2015) 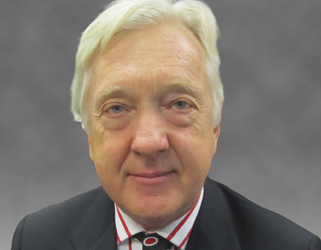 Citizen Commissioner Alan Heisey, Q.C. was elected as the new TTC Vice-Chair on May 27, 2015.

The TTC Board unanimously approved service changes to expand the TTC’s all day, every day and Blue Night networks. Starting in September, the TTC will roll out a total of 61 new and improved bus and streetcar services across the city in the off-peak hours and overnight. The service improvements are funded under the overall $90-million investment in transit that was approved in the 2015 City Budget.

The TTC Board endorsed the TTC’s planned framework for preparation, review and approval of its 2016 Budgets within the City’s Multi-Year Service Base Planning and Budgeting Process. TTC staff is scheduled to finalize its budgets for formal presentation to the Board at its meeting on Oct. 28. The City will formally launch the 2016 Budgets on Dec. 15. Commissioners also established a TTC Budget Committee to provide guidance and direction during the budget process.

Commissioners approved an independent, third-party study be undertaken to best understand the effects of the streetcar right of way on the St. Clair Avenue corridor (Yonge Street to Gunns Road). The study would examine such issues as the quality of transit service, traffic congestion, the viability of local businesses, land values, development patterns and the general character of the community.

The TTC Board received a presentation from TTC staff reporting on the governance structure and preliminary schedule for the subway extension project. Board Members subsequently approved the award of two contracts for the Scarborough Subway Extension – for station design services and for system design and management services - worth a total upset limit of $145 million. The contracts were awarded to AECOM Canada Ltd. and Parsons Brinckerhoff Halsall Inc., respectively.

Commissioners also approved a motion requesting that City of Toronto staff be requested to provide a presentation to the TTC Board on the initial environmental assessment reports for the proposed Scarborough Subway Extension, Smart Track and the Relief Line prior to those reports being submitted to the Executive Committee and Toronto City Council for consideration.

The TTC Board received a presentation from City Transportation Services General Manager Steve Buckley entitled, TTC/Transportation Services – Improving Surface Transit Operations. The TTC and the City’s Transportation Services have been working jointly for the last several months on ways to improve co-ordination and communications to improve surface transit across the city. Some initiatives under study include: peak-hour restrictions on major transit routes, such as Queen, Dundas and College; a review of next-generation transit signal priority; prioritizing transit operations studies; reviewing criteria for queue-jump lanes; and better integration between the TTC Transit Control Centre and the City’s Traffic Operations Centre.

The next scheduled regular TTC Board meeting will be on Mon., June 22 at Toronto City Hall.