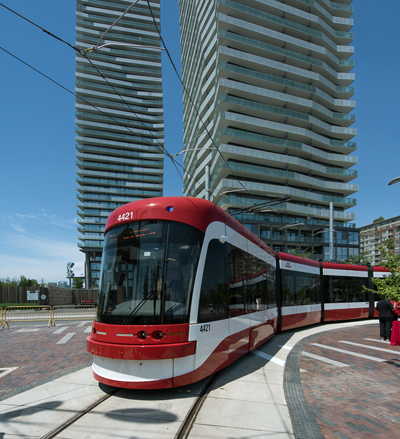 “This is especially good news for the people who ride the congested King streetcar,” said TTC Chair Josh Colle at the official launch from Distillery Loop on June 18. “This service will be overlaid atop the existing 504 King streetcar, along what we know is the busiest route in our city.”

“I’m very pleased,” Byford said on the official first trip on accessible car #4421. “This is the kind of imaginative transit planning that our Service Planners are capable of and I credit them for a brilliant idea. Empty streetcars start from Cherry Street and from the other end at Dufferin so you immediately have additional capacity going through that busy corridor on King Street. Plus, with all-door boarding, PRESTO, and stopping left turns on King, we are taking huge initiatives to keep streetcars moving.”

The Cherry Street extension is part of Waterfront Toronto’s wider revitalization project, and an integral part of the new West Don Lands community – the first Transit First neighbourhood in Toronto. The extension was based on the goal of having transit access within a five-minute walk of all residences in the West Don Lands and involved extensive public consultation.

“When Waterfront Toronto began planning the West Don Lands, we knew transit would be a key priority in transforming the area into a great new urban community with strong connections to the rest of the city,” said Meg Davis, Waterfront Toronto Chief Development Officer, “After 13 years of planning and construction, we’re thrilled that residents and visitors now have the 514 Cherry streetcar – a convenient, reliable and environmentally sustainable transit service.”

The Cherry Street streetcar extension was funded by the Province of Ontario, the City of Toronto and the Government of Canada.

The new streetcar track and overhead infrastructure on Cherry Street is the first new streetcar extension in Toronto since July 2000 when the Queens Quay streetcar connection opened between Spadina and Bathurst. 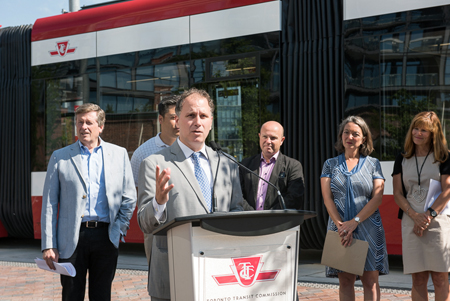 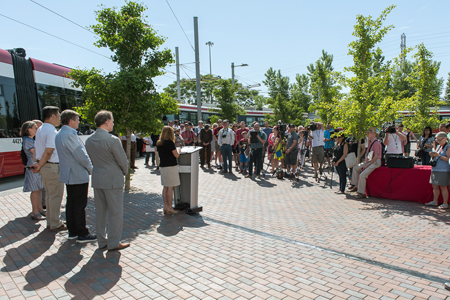 Public and media attended the official launch of 514 Cherry service on June 18. 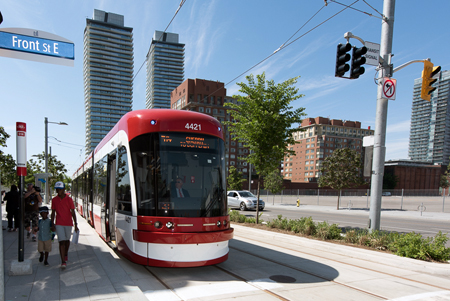 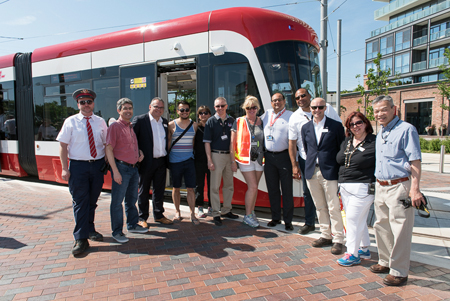 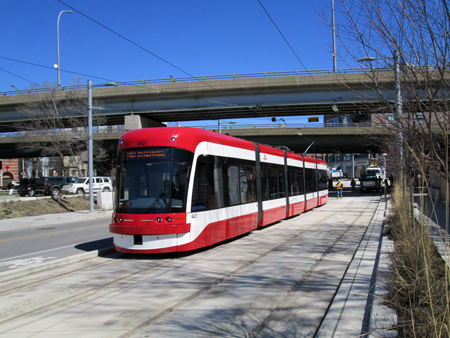 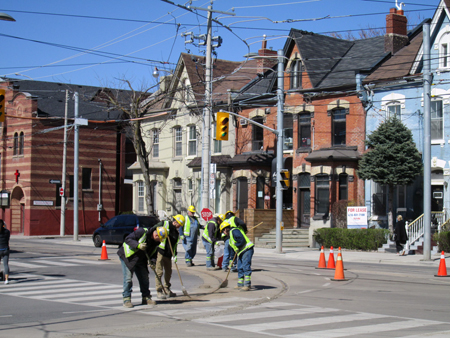 TTC crews clean the tracks for the April 20 test run. 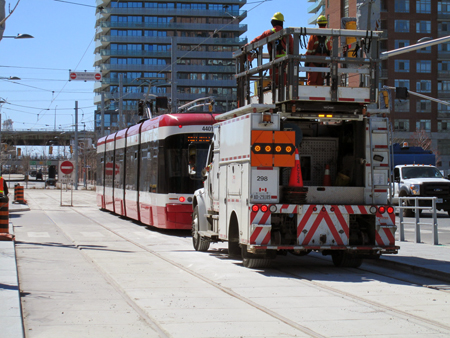