“The Queens Quay Connection is just one small link, but let’s not under estimate its importance. It’s amazing what a few metres of track can do for you,” Chief General Manager Rick Ducharme told spectators at the Toronto Music Park on Queens Quay.

The $13-million project will provide direct streetcar service from Union Station, through Queens Quay, to Exhibition Place. When the area is fully developed in the next decade, the streetcar service will handle upwards of 11,000 daily customer trips, with annual ridership as high as 6.6 million, when including special events.

“We’ve built a direct streetcar connection between the heart of the city and some of its great attractions,” said TTC Chair Howard Moscoe. “Quietly and incrementally the TTC has been building up streetcar service in Toronto, with the opening of the Harbourfront line in 1990 and the Spadina line in 1997.

“There’s a lot of talk around Toronto these days about a massive new vision for the waterfront. While everyone’s been talking, the TTC has been doing.”

Moscoe also thanked Harbourfront residents for their patience during the construction of the line, which began in November 1998.

“I think there is now a real sense of community in this neighbourhood because of the infrastructure and services that comes along with the construction of a new line,” he said.

Lead by a vintage PCC streetcar, guests and customers were given free, 20-minute round trips to the Exhibition Grounds until early in the afternoon. 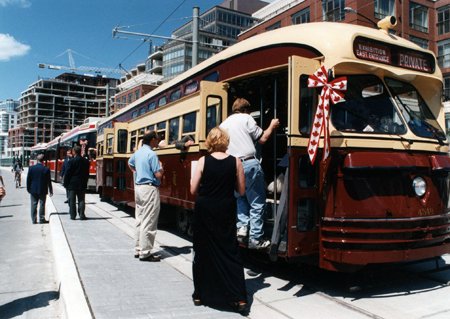 All aboard the first run of the 509 Harbourfront streetcar. 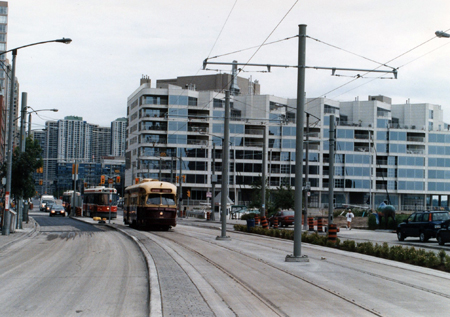 Parade of vehicles along the Harbourfront. 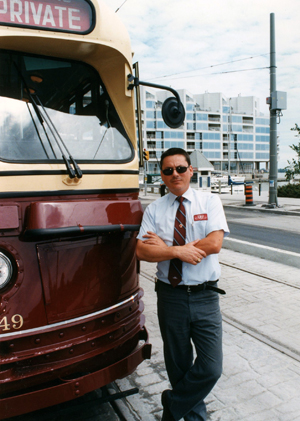 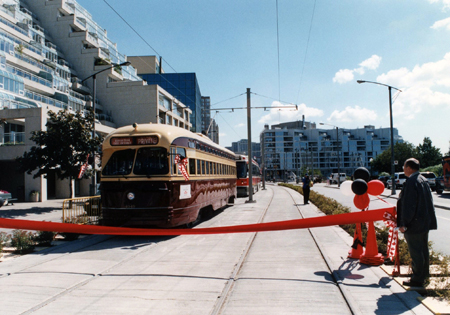